"Ask Aunt Libby" -- the entertainment portion of the June 2017 meeting of the Libertarian Party of Allen County is on Youtube at https://www.youtube.com/watch?v=ntcW5Js0xyU&feature=youtu.be 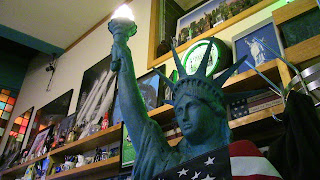 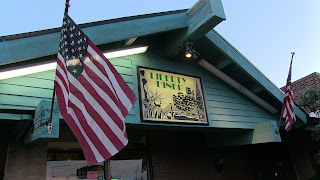 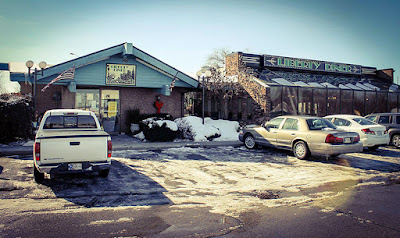 Everyone is invited to: 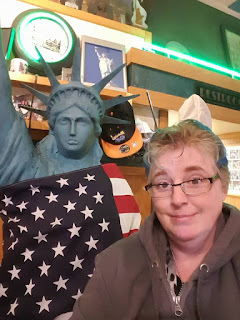 FREE -- just pay for your meal.

Murder is wrong. You should already know that by the time you are old enough to read this. I shouldn't have to say that every time there is a highly publicized killing. There are killings everyday, all the time around the world. Nobody has time to compose a statement on each one. If you have to ask "Why didn't (name of politician you hate) denounce (recent horrifying atrocity)?", the most likely answer is that he or she just doesn't have the time and energy to say something about each and every act of violence.

Most murders involve criminals killing other criminals. The impulse for violence exists in almost every animal, including humans. Many murderers simply lack poor impulse control. This doesn't justify what they did. But if you know you have poor impulse control, then you should know to separate yourself from having the means and opportunity to do something that you will regret for the rest of your life.

Many of us try to pretend that they don't have this impulse, that they have evolved so much that base animal instinct is no longer a factor. But the urge for violence is still there, so they will try to rationalize acts of terror as having a higher purpose.

James T. Hodgskinson did not shoot at a bunch of Congressmen because he wanted to make a difference. It's likely that he wanted people to think that he sacrificed himself for a higher cause. But the truth is that he gave up on his own life, and he allowed the worst part of himself to take control.

As I write this, thousands of people on the right are blaming whatever belief's Hodgskinson purported to have. A similar phenomenon happened after Gabby Giffords was shot six years ago. While violence by one nutjob doesn't automatically discredit the cause he claims to support, it certainly doesn't help it either.
By Robert Enders at June 14, 2017 No comments:

It's the coverup that gets you in the end.

Trump has not been conspiring with Russia. How do I know this? Because Russia has high standards regarding who they conspire with. Trump cannot hold a security clearance, which means he cannot be trusted to keep a secret. He is not a guy that you want involved in your clandestine operation.

Richard Nixon did not order the break-in at the Democratic Headquarters in the Watergate office building. Nixon was a savvy, experienced politician who knew these kinds of shenanigans would blow up in his face.

Talking to Russians is not illegal. It's just that when you hold a security clearance, you have to disclose this to the government. If you don't disclose this information, you are breaking the law.

What got Nixon in trouble is that he tried to cover-up the crimes of his own men. If members of the Trump Administration have been breaking the law, and if Trump has tried to cover this up, then Trump should follow Nixon's example and resign.
By Robert Enders at June 10, 2017 1 comment: