What if there was no video of the Walter Scott shooting?

A lot of people would still know that Walter Scott was shot in the back even without the video. As any paramedic or coroner can tell you, entrance wounds tend to be smaller than exit wounds. Depending on state laws and circumstances, HIPAA rules may prevent this kind of information from being released to family members. I propose that in the event of a homicide, all immediate family members should have access to any medical records related to the killing. Granted, grieving family members don't want to read the gory details, but they should have the right to turn that info over to an attorney or anyone else who they want to investigate the matter. If someone gets fatally shot, the family should have a right to know what angle the shots came from.
By Robert Enders at April 13, 2015 No comments:

Ballot Proxy Wars and the Primary Selection Process: The best way to get a mule to move isnt by dangling carrots but smacking them with a 2 x 4 across the head!

As most Libertarians understand, the Primary Selection Process is the other two parties way of capturing a larger audience of voters - whom dont want to pay to play in politics - but also dont have much to any idea that they as Taxpayers, are also footing the bill for what should be private Political Party business, when it comes to slating and vetting candidates for elected office in each County and State in November, similar to what we here at the Libertarian Party of Allen County, Indiana will be doing on Monday evening at Golden Corral on Lima Road in Fort Wayne at 6 PM, and later two weeks down the road at the State Convention as well. This jockeying for position and posture in a starting gate piled so high, it almost becomes impossible to manage when the candidates start chewing on each others feed bags, to try and find something good to use against each other, finally came to a butting head this last week.

Gina Burgess, whom has been spotlighted here before in a more positive light and has been an encouragement to the Party previously, filed a questionably huge complaint against 27 fellow Municipal Elections candidates with the Allen County Election Board for fraudulent filing of particular CFA documents (PDF 8 Pages). After I made the initial accusation of her actions being that of a Ballot Proxy War she responded and posted the above linked WANE News Channel 15 story as well as two personal Facebook post explaining her actions and commenting on the fallout the day after.


IMHO what makes this a ballot proxy war - and not just a concerned candidate with standing filing in support of another candidate already disenfranchised by the ACEB - is that said candidate is holding the ACEB by the balls and all the other candidates by the throat by stipulating recension of said 40+ complaints if original disenfranchisement is resolved prior to the day of common selection by Primary Voters, that technically qualifies as blackmail even intimidation, even though there were already stipulated conflicts of interest by the Judge whom recused himself on grounds and pushed the hearing date back a week.

""... But, Burgess said the Allen County Election Board mishandled complaints filed within that deadline by Democratic mayoral candidate David Roach. The board held a hearing on February 18 in which it did take one candidate off the ballot and dismissed the rest of the complaints. Roach is now appealing in court. On Facebook, Burgess wrote to the board, “if you are willing to engage and settle the matter of Roach v ACEB before the primary” then she would drop her complaints against the 27 candidates.“I’m willing to withdraw them even though they are valid because I believe the Election Board will be more vigilant in the future, but this other case needs to stop being in legal limbo and needs to move on,” Burgess said.Downs was at the hearing for Roach’s complaints and said he thinks the board did take them seriously.“[Roach] did himself some damage by saying he looked for evidence and couldn’t find any, but you should keep looking. I can make that same claim about anybody, and that’s not a credible reason to investigate,” Downs said. ....."" 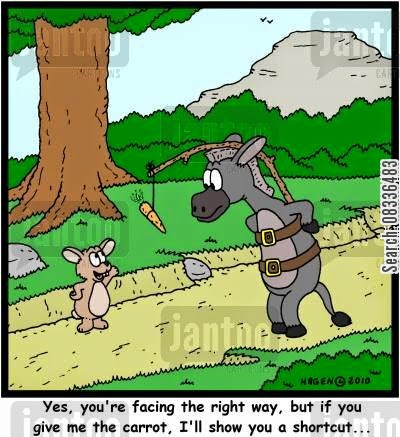 Does the ACEB need overhauled? Yes a long time ago.

But filing as a threat to warrant an untimely outcome in a separate case and also questionable due process is my concern and should be every other Citizens as well. Gina, you should have either a. not dangled the carrot of recension or b. waited til after the Primary and filed direct charges of perjury. Sometimes you just got start smacking a mule across the head to get it to budge they dont like eating their vegetables either. In other words, the proper action would have been a Writ of Mandamus against the ACEB; instead you put the ACEB against everyone else on a respective hunch in some cases and in others still questionable concerns.
By F6's Editor at April 10, 2015 No comments:

There has always been some bias against Hoosiers. Many Hoosiers claim to be born that way, but conservatives and liberals insist that it is a lifestyle choice. In fact, there are “recovering Hoosiers” in 49 states. The federal government requires Hoosiers to carry ID cards that identify ourselves as such when we try to board a plane. But you don’t see Muslims having to carry Muslim ID cards or Christians having to carry Christian ID cards. It’s like we are being singled out.

There are many stereotypes about Hoosiers. Outsiders think we all wear plaid or Ed Hardy shirts. They think we all work on farms, or at least use that as a cover story when we try to buy anhydrous ammonia and a suitcase full of pseudoephedrine. They think of Hoosiers as people who put Confederate flags on their Ford pickup trucks even though Indiana is a northern state and everyone knows that General Lee and Jeff Davis were diehard Chevy owners.

There are many subcultures within Hoosier subculture. There are folks up in Noble County who “warsh” their dishes. There is Harrison County where people talk like Dukes of Hazzard characters. And there is Lake County, a foul abomination that should be given back to the British. I happen to be a “metro-Hoosier”. I can usually pass for a non-Hoosier while on the East Coast unless I slip up and try to order a pop at a restaurant.

Hoosiers are very spiritually diverse. We worship deities like Jesus, Yahweh, and He Who Walks Behind the Rows. Yet many of us have concerns about RFRA. Specifically, many of us are concerned that Bill Belichick might claim that his Sith religious beliefs are protected when he chokes people to death from 10 feet away in Lucas Oil Stadium. (The NFL needs to start testing for midichloridians. And there is good in you yet, Tom Brady. I can feel it.)

This may be Indiana, but it’s still America. And I hope that everyone else will accept us for who we are. At least we deserve more tolerance than what George Takei has for theTwilight Series. And when I think of rednecks and homophobes, I think of Kid Rock and Eminem. And those guys are from Michigan. So there.
By Robert Enders at April 01, 2015 1 comment: