Report on the Jan 25, 2017 Libertarian meeting of Allen County

1-25-2017 - Robert Enders, chair, Jeannette Jaquish-Vice Chair, Alec Smith- Secretary and Kristi Avery-Treasurer, Mike Tront, a new guy - Stuart, and Brian Stoner attended.  The promised live stream had technical problems and would not go up.
No votes were taken or money expended but many events were launched.
The group agreed with Alec's idea to organize a trash pickup on the southeast side of Fort Wayne. Alec has a friend their whose home is a gathering place. We talked about serving food after the pick up and playing music and getting to know the neighborhood and set a good example.
We talked about doing booths and 4 people volunteered. Kristi ordered a poster sized grid for people to score their World's Smallest Political Quiz from the Politically Homeless kit from the Advocates for Self Government. This will be good to use at booths at fairs and gun shows and farm shows and similar events.
Mike said maybe he could speak at the morning shift when Robert, Jeannette and Alec speak at a social studies/political science class at Concordia Lutheran High School, March 10.
Alec postulated we could get Democrats and Republicans to send a representative to do live or videotaped debate/conversations. We proposed various locations such as Wunderkammer or Calhoun Soups and Subs.
Someone mention the live streamer/blogger Tom Woods who will mention libertarian websites on his blog, which, it is reported, result in many hits.
As for website, Jeannette said she would call the person in charge of our website and get it going again.  Also find our old copy of our bylaws and platform, though we could revert to the state LP's version.  Our local LP was inactive for a few years, and our records suffered.
Robert will try to track down some other old records from a relative of an LPAC officer who died.
The group enjoyed pizza and Chinese food and snacks and discussed terrorism and news items.  Our newest member, Stuart had conversations with everyone.  Later, those left played "What do you Meme?"

Politics in the Current Year

1. Everybody lies. Sometimes it's okay, like a gay man lying to his homophobic parents. Sometimes it's unethical but still routine, like politicians who make campaign promises that they know they can't keep. Politicians who don't lie, don't get elected. A typical successful Republican will promise one group of voters that he'll cut taxes, a second group that he'll boost military spending, and a third group that he'll fight for a balanced budget. A typical successful Democrat will promise to cut CO2 emissions and save the auto industry. Throw some promises to protect Social Security into the mix, and it's impossible to keep all of these promises. As it stands now, voters will not support an honest man. This country needs to learn how to accept hard truths before any of that can happen.

A shrewd politician tells the truth on a regular basis to make his lies more credible. The Obama Administration was good at this. The Trump Administration is bad at this. Sean Spicer has claimed that record crowds have attended the 2017 inarguration, and Kellyanne Conway has defended his statement as "alternative facts". It is easier for me to believe that William Shatner knows how to run a starship when I watch Star Trek reruns than it is for me to believe that Donald Trump can run a country when I watch the news. Trump could learn some lessons from Hollywood writers in keeping the narrative consistent and maintaining continuity.

2. Neo-Nazis have been around since the real Nazis surrendered in 1945. They aren't organized enough to replicate the horrors of the past. Some of them commit acts of violence and belong in jail. Most of them are just trying to make their parents upset and aren't really serious about this. If they are sincere about their beliefs but haven't hurt anyone yet, they need mental health care more than they need jail time. Letting them express their delusional beliefs is our country's way of letting people identify themselves as crazy to everyone else.

But then we have the Antifa movement. The Antifa are a bunch of pinkos who are mad that they lost the Cold War, so they want to go back and refight World War 2 all over again. So Antifa have been attacking Neo-Nazis in the streets.

I would like to remind these two groups of poseurs that the Eastern Front was the grimest, harshest theater of the Second World War. It's something to learn from, not to be nostalgic for. Stop fighting in the streets and go read a history book. Or play old school Call of Duty. Go do something remotely educational, or at least less dangerous than what you're doing.
By Robert Enders at January 25, 2017 1 comment:

Everyone is welcome to join the Allen County Libertarians at their first meeting of the New Year, to analyze and discard the ghosts of 2016 and plan a successful new year. 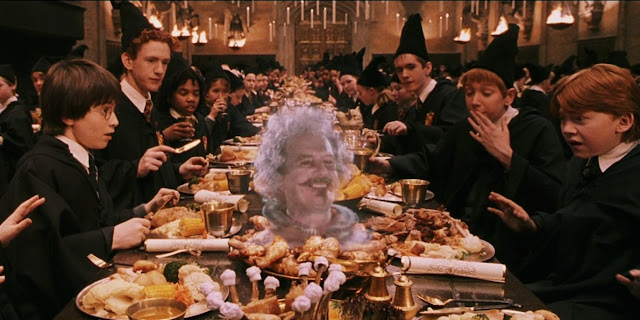 Alcohol and Libertarians -- What could go wrong?

NPR (WBOI 89.1 FM ) has a new radio show: "The 1 A" http://the1a.org/, that has taken my breath away with its Libertarian themes (without saying the "L" word).
It is new, just began Jan 2, to take the place of the retiring Diane Rehm (who usually sent me tuning into Glenn Beck on WOWO). "1 A" stands for 1st Amendment, and their first show was all about the 1st Amendment's meaning and how it is a prohibition on Congress not on private property. Its host, Joshua Johnson, interviews people with opposing opinions -- a feature usually scarce on NPR.
Today's guests dazzled me with their clear logic and facts in explaining  what Libertarians have been saying since forever, that US government intervention in troubled countries usually makes it worse by destroying their economy and structure of government and leaving them in turmoil and open for another invasion, though US voters rarely notice, but those countries do, and the resentment against the US builds for generations.  And they explained that a LOT better than I just did.  I was so thrilled that I went on WBOI's website and gave a donation with a comment praising the new show.
If you go to The 1A's website http://the1a.org/ and click SHOWS you can play past shows. Today's show is Is the Era of American Humanitarian Intervention Over?
Coming up Jan 5 is "Order in the Classroom: From Hall Monitors to Handcuffs".
I believe we need to let WBOI know that we love this show by donating with a comment or at least emailing them. Right now, their liberal staff is probably in shock as they hear this "government is over-reaching its power message"  and searching for a replacement show.  Please listen to past shows or the live show and let WBOI (www.wboi.org) know what you think.
By Jeannette Jaquish at January 04, 2017 No comments: